MY EXPERIENCE AT AUSCHWITZ - BIRKENAU 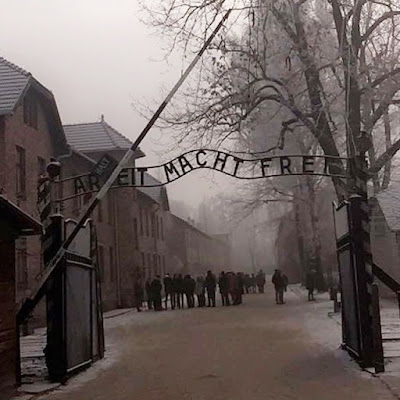 Auschwitz was the largest concentration camp used in the second world war by the Nazis. It consisted of Auschwitz I, Auschwitz Birkenau (II) and Auschwitz Monowitz (III). Auschwitz I was originally used for the Polish army but in the 1940s people began to use it as a concentration camp. It was decided that this camp was not large enough for the mass extermination of not only jews but homosexuals, Jehovah's witnesses, gypsies, etc. As a result of this decision, the Nazi's built Auschwitz II especially for the holocaust. Here, the living conditions were significantly worse than the first camp and seeing these conditions was unforgettable. Auschwitz II was also overwhelmingly larger than Auschwitz I or III although, some of it was blown up by the Nazi's to try to hide the terrible things that they had done. It was so empty and quiet, there were no birds, just visitors. 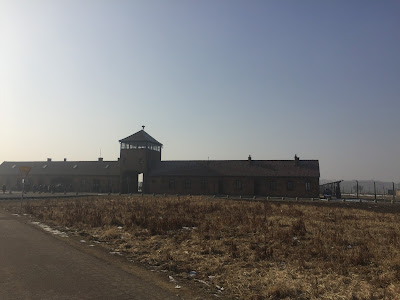 Some of the exhibits in the Auschwitz museum were absolutely heart-breaking. For example, the shoes that had been taken from them were displayed; even the hair shaven from their head was displayed. The people sent to the camps had all of their belongings with them as they were lead to believe that they were travelling to some sort of resettlement, a new life for them. When they arrived at the camps they would be judged and selected but they weren't aware of this. They would either be pointed in one direction for a "shower" or another direction to work. The people who were sent to the "shower" were also told to remember where they had put all of their belongings for when they come out of the shower but the shower wasn't really a shower; they were being sent to the gas chamber. There was an exhibit of the gas chamber at the museum with empty cans of the Zyklon B gas which was used. Seeing this was a very emotional experience but it was nothing compared to what it would have been like 75 years ago. 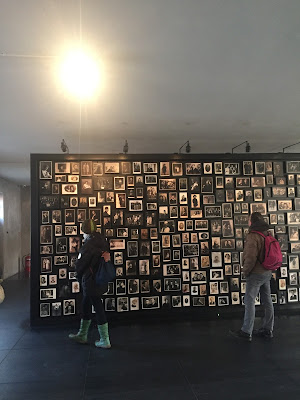 Another one of the many thought-provoking exhibitions in the museums was audio clips of Nazi's exclaiming their hatred for the Jews. They likened them to vermin and said that they should be exterminated. There are so many things wrong with this. 1. The Jews and all of the other millions of people murdered in the holocaust were all PEOPLE. Just like the Nazi's were (arguably) people just like I am a person. 2. This was only 75 years ago, that is not a long time. 3. How can a political party influence the genocide of 14,000,000 people?

I have not included all of the details about the concentration camps I visited because it is something you'd need to experience yourself. I would recommend for people to visit a concentration camp if possible because seeing it for yourself is honestly unforgettable. If you can't get a chance to visit one then I would also recommend even researching facts about the holocaust and concentration, labour or death camps because it is a thing that people should be aware of to make sure that nothing like this happens again.

Thank you for reading.