This month is Women's History Month and Friday is International Women's Day. To celebrate this day I will be sharing with you some of the most iconic, influential women to me. As a woman who studies gender inequality, this day holds significance for me. These women are in no particular order.

1. Jo Kenny (my mum). The most iconic woman by far, who always enjoys life while drinking a glass of prosecco or G&T. She cooks the best lasagne and roast dinners. She also managed to still be an amazing mum by herself when my dad had to go away with work (My dad is also iconic and fab).

2. Frida Kahlo. A Mexican artist, well-known for her self-portraits and exploring questions of gender, postcolonialism, class and race in her art. 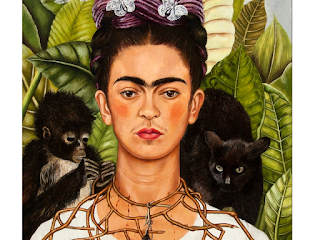 3. Emmeline Pankhurst. She led the suffragette movement for the women's right to vote and she played a big role of winning the vote for women in the UK.

4. Emily Davison. A suffragette who fought for women's right to vote in the UK. She went on hunger strike seven times and was force fed on forty-nine occasions. She was also arrested over ten times for her dedication to winning the vote for women.

5. Dolly Parton. Her song 9 to 5 for the movie 9 to 5 (1980) exposes the inequality women have faced in the workplace being secretaries, while only men have had power.

6. Jameela Jamil. A British actress and activist. She promotes body positivity for women on social media. She has started the I Weigh movement on Instagram for body positivity. 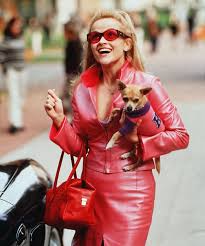 7. Michelle Obama. As first lady of America, she was, and still is a role model for women. She has also worked as an advocate for poverty awareness, education and nutrition.

8. Cher. She has been an icon for females during her six decade career.

9. Reese Witherspoon. Not only did she play the iconic Elle Woods in Legally Blonde, a game changer for teenage girl movies, but she also won Glamour's woman of the year award in 2015. Her "What do we do now?" speech also changed the game for women in acting.

10. Beyoncé. One of the most influential female music artists for women to date.

11. Ariana Grande. God is a woman, and it is Ariana Grande. After everything that has happened to her in the last few years with the Manchester Attack and Mac Miller, she is still putting out chart-topping music and still continues to be one of the most influential women.

12. Malala Yousafzai. An activist from Pakistan. The Taliban stopped girls from going to school and after fighting against this she was shot in the side of the head. After a miraculous recovery, and telling her story, she is now studying Philosophy, Politics and Economics at the university of Oxford, UK. 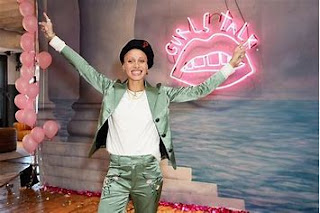 13. Rosa Parks. In the 1950s in America, it was a rule that seats on buses would be given up for white people if the bus was full. Rosa Parks, a black woman, refused to give up her seat. Well-behaved women are not the ones who make history.


14. Audrey Hepburn. An actress who used her platform to become a humanitarian.

15. Katherine G Johnson. Her mathematical calculations of orbital mechanics allowed the first subsequent US manned spaceflights. You have probably heard of Neil Armstrong instead, the first man on the moon.

17. Jane Fonda. An American actress, also an activist for feminism and she campaigned against the Vietnamese War.

18. Kehlani. Despite attempting suicide, she continues to make music and promotes being a strong woman.

19. Adwoa Aboah. Activist and model who founded GURLS TALK, a website, Instagram page, and podcast for women. At the moment, she is campaigning against period poverty which is a huge problem in the world today. Some women across the world cannot afford their necessary sanitary products.

20. Marie Curie. She changed the world by founding radioactive science and launched effective cures for cancer. She was the first woman to win a Nobel Prize and first female professor at the University of Paris.