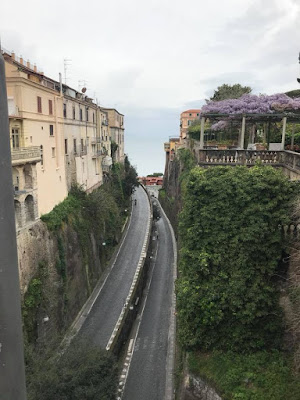 As some of you may know, last month I took a trip to Sorrento, Italy for a week. I'd like to start by saying I would fully recommend this to anyone who is looking for somewhere new to travel to. Our hotel wasn't actually in Sorrento itself, it was located just outside in a small town called Sant'Agnello which was about a 5 minute drive or a 45 minute walk to Sorrento. 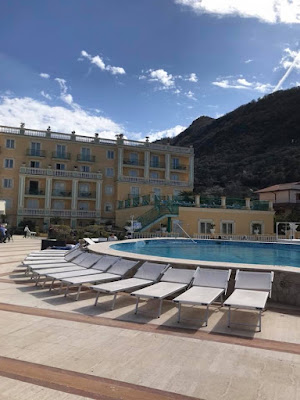 The hotel we stayed in was very nice but I have to say it was quite outdated but this didn't matter much because most of the time we were out exploring. There was a swimming pool as shown but nobody really used this during our time there because it wasn't hot enough. The temperature while we were there ranged from around 14-18 degrees, which was perfect temperature to walk around in but it wasn't hot enough to sunbathe in (although, incidentally I did get sunburnt whilst the local Italians were wearing hats, scarves and gloves but I'll continue to forget about my unfortunate pale skin, and think about the highlights of my trip). 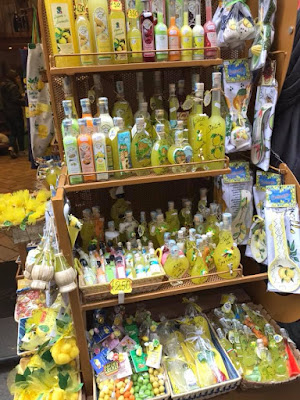 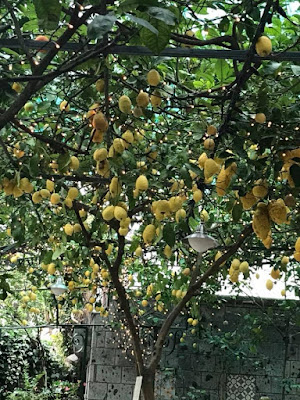 One of my favourite things about Sorrento was the amount of lemons, and especially limoncello that they had. In fact, almost every other shop in the centre of Sorrento had some sort of lemon themed souvenirs. The best part was that in most of the limoncello shops, they would give out free samples so not only could you choose which one you liked best, but you could also feel a little merry whilst walking around. The best shop for limoncello was called Fabrica Liqour (I think) and it also had amazing lemon biscuits and chocolate. I did buy some of the lemon biscuits even though they were 8,50 euros, but they were just divine and that made me forget about the price. 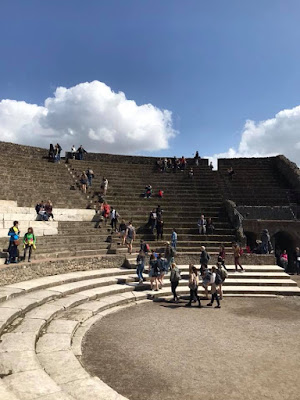 Most of you will probably know that Sorrento is quite close to Pompeii. If you didn't, there is around 17 miles between the two and a return train from one to the other costs around 7 euros. At Pompeii, we had a tour guide who showed us a small area of the ancient city. I didn't realise, but the whole of Pompeii is actually so vast that you would need more than a day to see the whole thing, hence why we were only shown parts of it. 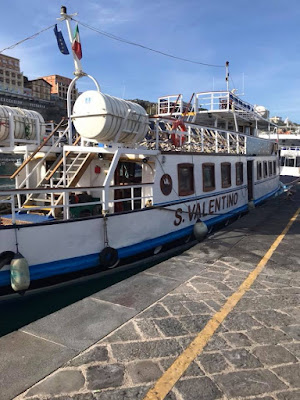 For me, the best day of the trip was when we went on a boat trip to Positano, which was also my 19th birthday. The boat set off in the morning and went around the island of Capri, then we arrived in Positano in the afternoon where we had Strawberry Daquiris on a beach. 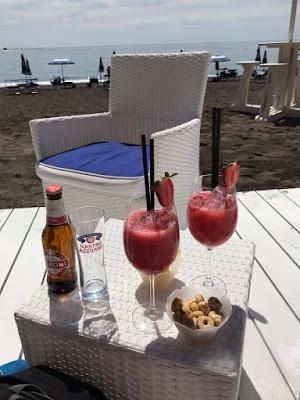 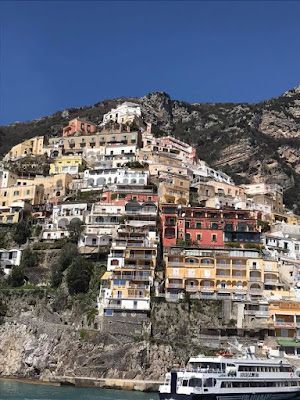 Positano is very photogenic but it is also very expensive when it comes to hotels, eating and drinking. It is famous for it's terracotta, narrow streets and steep steps (very steep steps). I would definitely recommend travelling here as the picture doesn't even do the beauty of Positano justice. However, it is quite a high end place to travel to so that is something to keep in mind. Staying somewhere close to Positano and travelling there for a day like we did would be more ideal if you are on a budget. 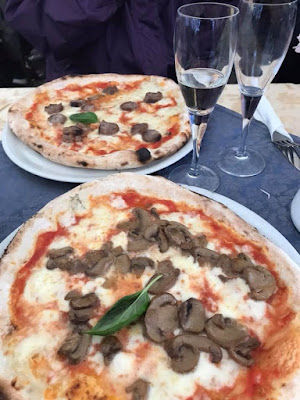 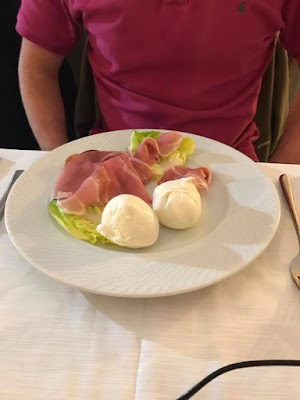 I'm sure anyone who has been to Italy will agree that the food is impeccable. At most restaurants they would offer an appetiser, a first course and then a main course on the menu, which the food lover I am, fell in love with. I mean, it's normal there to have more than one main course, what's not to love? I loved all the food I ate but what I would recommend the most is: the lemon biscuits I mentioned earlier, pizza (eating Italian pizza was on my bucket list) buffalo mozzarella as I am the worlds biggest cheese lover, gelato (ice cream) and the Ravioli. They have a lot of calzone everywhere to for anyone who likes that but I'm not sure I would, just because I'm quite a fussy eater. 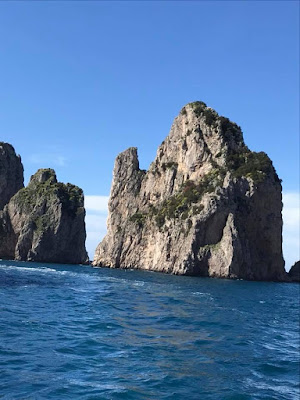 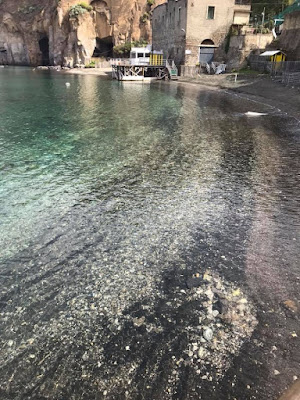 One thing to note in Sorrento is that it is quite a walk, up and down a lot of stairs to get to the main harbour. If you are like me, and you are lazy and hate walking then you're in luck because they have lifts up and down but it's important to check when they are open and how much they charge because some of them charge 1 euro while some charge 1,50 euros.

If I were to go to Sorrento again I would do a pizza making class; these are quite expensive for how long you're actually making the pizza for so that is something to bear in mind before you go if you know that is something you'd like to do. Along with all of our other trips, we wanted to go to Amalfi as well but we just didn't get the chance to go there so I would like to do that too.

I hope this post has helped anyone deciding on where they want to travel. In this area of Italy there is so much to do and so much to eat so you wouldn't get bored. Even if you just go for a short walk without planning a trip, you will see such pretty views.

Thank you so much for reading x