STUDENT HOUSING HORRORS: THE LOW DOWN 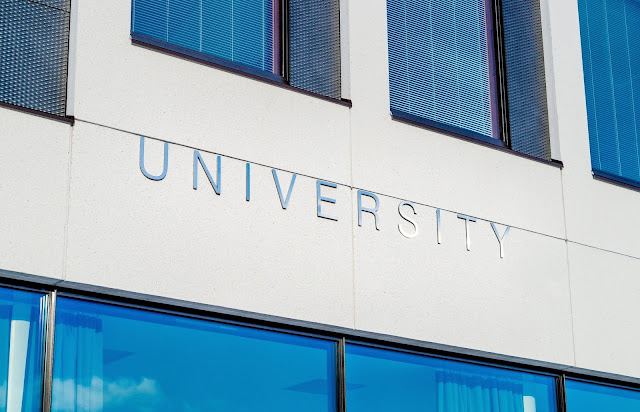 Following on from my Contraception: The Low Down post, in this post I will also be giving you The Low Down about my experience with student housing.

At Bournemouth University, where I've been studying, the majority of students tend to live in halls for the first year, and then will move into a house for second year. This may no longer be the case for the majority as they are building more and more halls in and around Bournemouth for second and third years.

In September, me and five other people moved into a student house. Before moving in, we were asked to pay a booking fee in December of £250 followed by a deposit in August of £500 along with the first month's rent which was £420, equalling £920 at once each and £5,520 all together.

After paying the fees, we went to pick up our keys from the estate agents, by whom we were given an attitude that was not the most friendly. We each had individual bedroom keys but we weren't assigned our own, we were told to "work it out for yourselves".

Arriving at the house, everyone was very eager to pick bedrooms. Before I knew it, I ended up with my bedroom choice, however, in my bedroom was a broken bed.

I called up the letting agency to ask why I was not given a functioning bed and their reply was "it is not our fault" without any apology. We had moved in on the Thursday and they said the bed wouldn't come until the following week. Their reply to me about this was "it's ok, you have a mattress". Yes, I did have a mattress but I wasn't expecting to pay the same deposit and rent money as everyone else to find a broken bed in my room.

Most of my friends have complained about mould in their houses. I've heard about leaky roofs, bedrooms being declared too small to live in by the council, slug infestations (gross). You name it.

We finally moved out of our student house in August after countless things going wrong and we got our deposit back 2 days ago, 2 months later. It's a good job I wasn't counting on that money because I got less than half of it back, and I got the most back out of everybody. Our reports back said that things were broken that hadn't been broken and "routine cleaning" that we were never made aware of.

I'd like to reiterate that not all student houses are bad and not all housing companies treat you without respect. This is more of a warning to be careful and to raise awareness of how you can be treated sometimes because of age or because you're a student.

Thank you for reading, sorry this was a bit more angry than normal, I just don't agree with how unfair it can be at times. Let me know if you have any student housing horror stories in the comments.

Over and out x