Merry awkward stage between Christmas and New year everyone! I hope you all had a FAB Christmas, just like I did. I ate so much and I'm not even ashamed because I feel like that is intrinsic to Christmas. Obviously I had a significantly large Christmas dinner on Christmas Day, which would have been rude not to have finished, but I also had a HUGE baked brie on Boxing Day (which is one of my favourite things ever). However, I am going back to normal eating now and I can't decide whether that is good or bad.

A few days before Christmas, my boyfriend Adam and I went to London for the day and then went to Winter Wonderland in the evening. It was such a good day out we saw so many Pret A Mangers (where I work) and I just had to go in one. Once food was out of the way, we went shopping on Oxford Street an I LOVE the Topshop there because it has cupcakes, a place to get your nails done and so many cool things that other Topshops don't have. 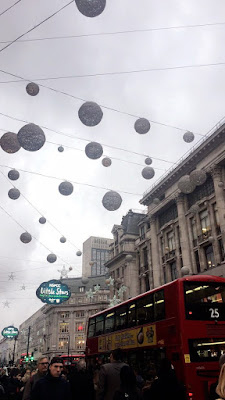 After Oxford Street, we caught the tube to Knightsbridge and took a trip to Harrods. This really was a trip because it felt like we were in there for hours; it is so big and it reminds me of IKEA because you can't find your way back out. You can tell I really should not be shopping in Harrods if I am comparing it to IKEA.

Finally, we decided it was time to go to Winter Wonderland and I felt like I was at the Christmas version of Disneyland. We went on the big ferris wheel but didn't want to go on other rides because one of them was £8!! I think one of my financial goals in life is to be able to spend £8 on a single ride without caring. I also ate a slice of pizza bigger than my head which was an inevitable highlight (I need to stop talking about food). 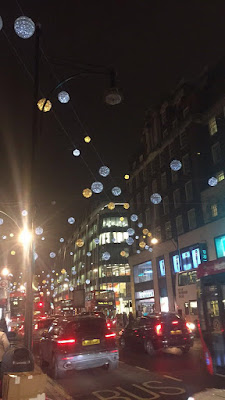 I have worked quite a bit throughout the holidays too, like on Christmas Eve. After working on Christmas Eve I went to midnight mass which, I guess is technically on Christmas day if it's midnight. That was eventful because a bouquet set on fire, everyone was fine though. After sleeping it was present opening time! Here are some of my FAB presents: 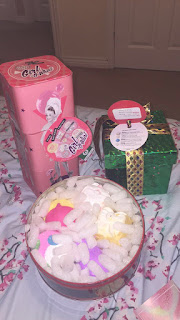 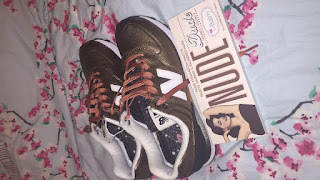 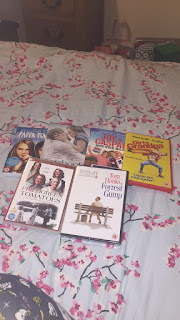 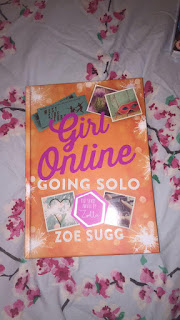 I loved everything I got so much but I have mention one of the DVDs I received which was Fried Green Tomatoes at the Whistle Stop Café. I had actually never heard of this film until I opened it; I watched it and it may be one of my favourite films, it is amazing and definitely worth a watch.
Thank you so much for reading and I hope you all have a happy new year :)